Summarizing another year of running - the 2019 take home messages

I usually summarize my season with a blog post. Every year I try to shorten this post and every year it still turns out to be quite a comprehensive novel...

With a couple of weeks left of 2019, a full decade of running as well as ten year as a runblogger also comes to a close and I'll probably want to write one or two separate posts about those.

I am happy about my 2019. As compared to 2018 which saw the death of my best friend and long term running partner and the long aftermath of that, I had one main goal for 2019 - making it a normal year and a normal running season again, obviously a terribly bad formulated as well as a non-SMART goal. Nevertheless I will say that I have met my objective.

The very sad event of 2018 really took a toll on me and my running! Less running, less racing and in 2019 I have again increased my mileage to a level I am happy with. Because of what's happened in 2018 I set a goal to run a total of 2600 kilometer (1662 miles) in 2019, which equals to 50 km (31,25 miles/week. This will be accomplished with a couple of weeks remaining of this year. This is not a record but a level I have been maintaining very consistently the last five years (with the exception of 2018 and 2015 when I was injured during the spring) with only minor variations.


Regarding the training I am very happy about how I executed during the spring, high mileage, focused high-quality long runs, in fact I did the best long run before a marathon ever in the end of april of this year, 37 km of which 17 km were at PR-marathon goal pace and it felt very good!


Then I did a mistake and this is probably the biggest learning to make from this year! The focus during the spring was set on running Stockholm Marathon for the 8th time and run in fast. As shape peaked and self-confidence grew, a bit too much, in march and especially in april I came up with the idea of also running the half marathon Kungsholmen Runt in Stockholm, and not only that. I started to consider running a "sub80" half, something I have thought of as an unrealistic time for years with a five year old PB of 1:21:24. So, I threw in some very hard sessions of long intervals at target pace for a sub80 half-marathon in the training mix on top of my marathon training. It didn't turn out very well! I became worn out, had one of the hardest training weeks ever in april with a 10k race, the long run described above and a hard half marathon interval session. Stupid! No wonder I was worn out when attempting an easy pace long-run the following weekend and I also got injured and eventually DNF'ed the half...

When it comes to racing, there's been a mixture of results and perhaps the race season hasn't really turned out the way I had hoped for, with a couple of exceptions. Only four finished races was less than I had planned for, and also one DNS and one DNF was dissapointing.


Second disappointment of the year came in august. Following Stockholm marathon I usually enjoy some recovery and then focus the summer training on speed, running shorter intervals at higher speed. This summer saw no exception with the aim at competing at Stockholm Olympic Stadium at Sommarspelen 5000 m. Due to common cold I unfortunately had to cancel this race with very short notice. I had even my running gear packed and ready to go, this was very disappointing because I was in a very good shape. 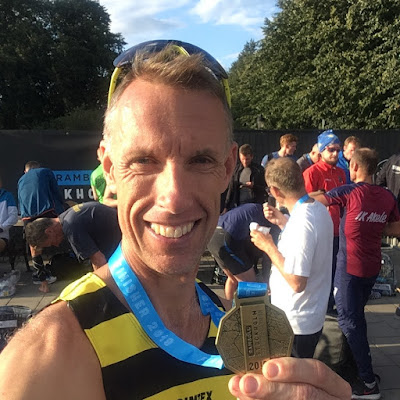 August through october again turned out very solid with mileage in the 250 km range every month, I was motivated, injury-free and in good shape before november hit me with a stubborn cough and sickness requiring me to take antibiotics and rest from running. I was nevertheless able to bounce back quickly and thanks to the solid training from august-october I ran a decent local half marathon in Strängnäs on wet, muddy gravel roads hitting almost the same finishing time as last year.


December has mostly been about easy running, some spontaneous fartlek and hill sessions and a few easier speed sessions on the treadmill.

Take home messages for 2019 are as follows: 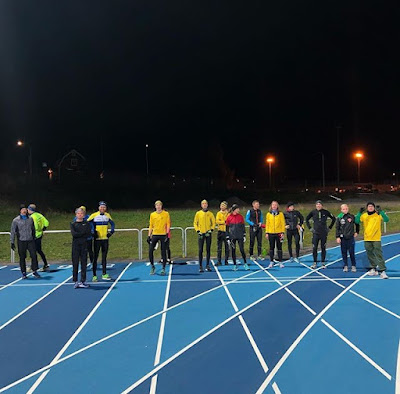 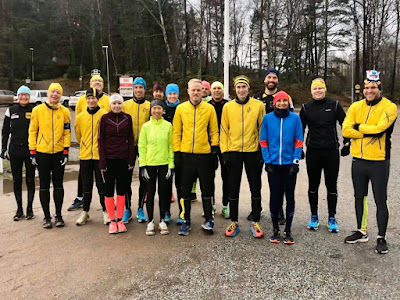 I am continuously inspired by the positive impact running has on my life and by the great camaraderie in the running community, following runners on social media and meeting them at races. Training with club friends, posting runs and interacting with fellow runners on jogg.se as well as sharing posts about my running on this blog and through other channels. To everyone that I have met during the year and to you that have read the blog for another year,

Thank you and hope to see you in 2020! Keep on running!
Upplagd av Staffan Inga kommentarer: 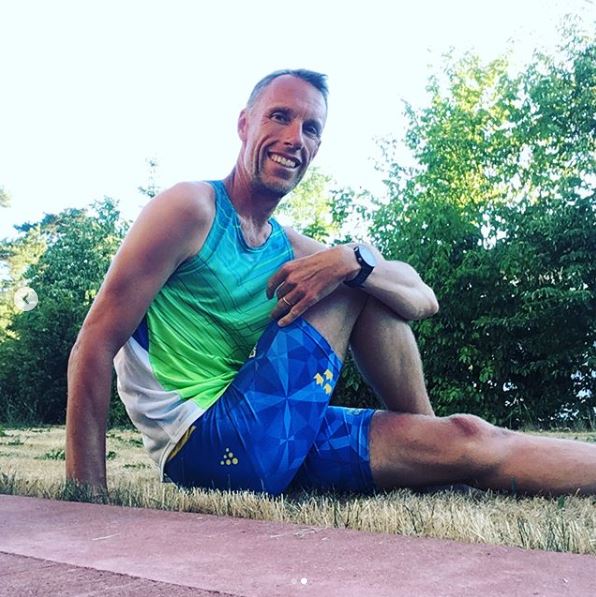 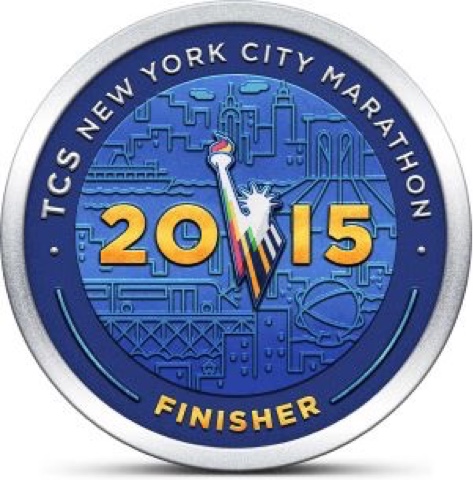 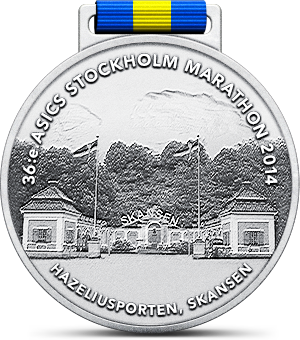